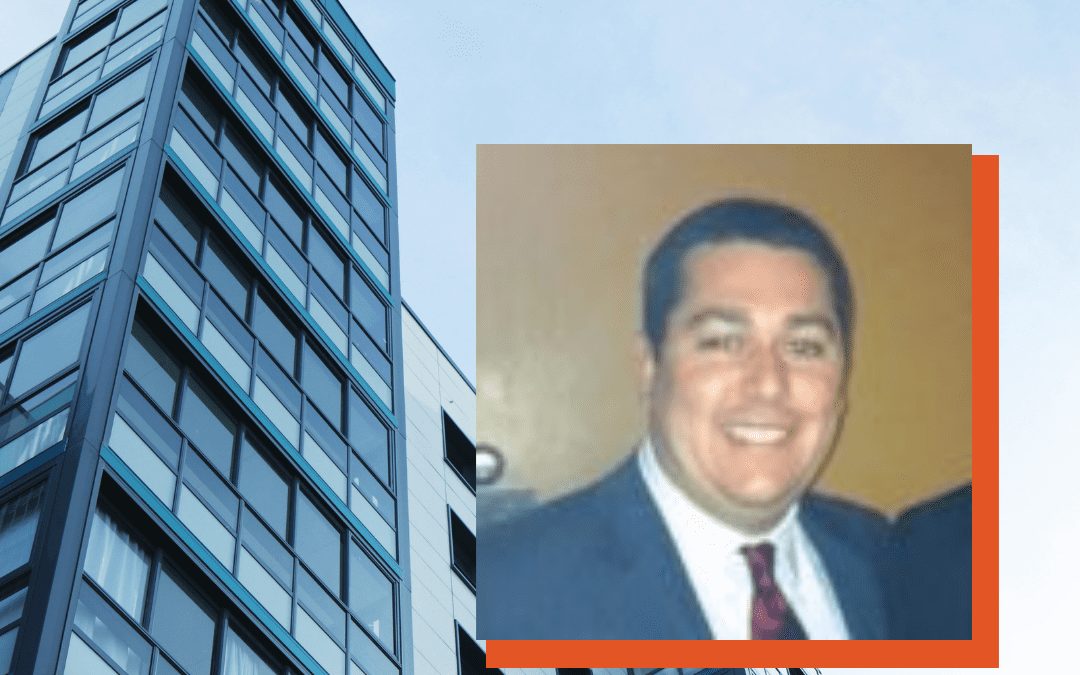 After spending over two decades in the healthcare industry, NEXTAFF Franchise Owner Tom Moreland saw firsthand that there was a highly profitable need for staffing in nursing facilities, hospitals, and more. As an experienced Founder and CEO of a home care business with locations in multiple cities, Tom had established relationships with administrative staff at various healthcare facilities, which is how he first learned of their needs for quality staffing, as well as the prices they were paying their current staffing services to fulfill these demands. He began to wonder if he would experience the same demand as the owner of his own healthcare staffing business. “I kept the idea for owning a healthcare staffing company in my back pocket,” says Moreland.

The kernel for the idea of owning a staffing business stayed in Tom’s head, and he began thinking more seriously about getting his own healthcare staffing company off the ground. “I was looking for something that would be big,” he explains, adding, “My last company had 12 offices in four states. Having opened a hospice, home care, and assisted living facility on my own, I knew I wanted to be my own boss.”

However, Tom was torn between the drive and determination to be the sole owner of an independent staffing firm and the allure of joining a larger corporation with a higher potential for growth. In an effort to research potential opportunities that would help him achieve his goal of owning a staffing company on a large-scale basis, Moreland turned to Google.

“I had no idea how to search that (question),” he recalls, “so a couple of years ago, I just typed the phrase, ‘Is it better to start my own healthcare staffing business or franchise?’ into the search bar. And NEXTAFF is what popped up!”

After doing his preliminary research and deciding to take a deeper dive into the NEXTAFF Education Process, Tom was pleased to find that the franchise ticked many of the boxes that he had envisioned when planning to open an independent staffing agency. Additionally, he clicked immediately with NEXTAFF Founders Cary Daniel and James Windmiller, finding them to be not only kindred spirits but highly-knowledgeable staffing professionals with a deep understanding of the industry. “I immediately had a great vibe with James and Cary,” he says. “They made me feel comfortable like we can do this together and have fun doing it! I knew where their moral compass was and their principles of being a good employer.”

Moreland also enjoyed Daniels and Windmiller’s emphasis on the tenets of quality, trust, and outstanding service, as well as an ongoing drive to be a top workplace and employer of choice for those in the staffing industry. He cites this commitment to excellence as the thing that sets NEXTAFF apart from other staffing franchise opportunities. “Where other companies may be heavy on sales, this is about being the best employer, and we are beating out people who have been here 20+ years,” he notes.

However, the biggest “a-HA” moment for Moreland came during his Discovery Day when he was introduced to the team at Malone Workforce Solutions, who run the extensive back-office support unit for NEXTAFF Franchise Owners, and with whom he immediately connected over a mutual love of the healthcare industry.  “I hit it off with the Malone guys right away, and we had an enjoyable time talking about healthcare and staffing,” Tom says. “They understood the business and love healthcare staffing. I definitely knew I was ready to sign! For me, it was one thing after another, coincidentally or ironically, falling into place.”

Moreland quickly saw that, with NEXTAFF, he could have the best of both worlds: the ability to extend his reach as a business owner and set himself up for greater growth potential, and the freedom and flexibility that comes with owning a company. He says “I can still be my own boss- it is my own company! I have all the things I wanted if I started my own company myself, but I have all the back office support, and I was able to get up and running much more quickly.”

How quickly? After signing the agreement for his first franchise territory in Des Moines in August 2018, Tom was billing his clients by October of the same year. “We hit our stride in January 2019,” he recalls. That’s a bit of an understatement- in his first year in business, Tom’s Des Moines territory managed to break the previous NEXTAFF company record for first-year sales by $500,000!

Thanks to the amazing success he had experienced during his first year in business, Moreland decided to purchase a second NEXTAFF in Peoria, Illinois, just 60 days after signing the agreement for his Des Moines location. His healthcare-focused Detroit territory soon followed and by the end of 2019, just a little over a year after signing his first franchise agreement, Tom had built an empire of three fully-functional NEXTAFF locations.

As of his two-year anniversary with NEXTAFF, Moreland’s three locations have performed amazingly well, and he’s not even close to slowing down! The unprecedented events of 2020 have only strengthened his potential for profitability, as staffing needs in healthcare facilities continue to surge. “Covid has been good for us- fortunately and unfortunately,” he says, explaining that an industry such as healthcare, which already has huge amounts of staffing needs in normal times, experiences a dramatic increase in demand to cover staff as healthcare workers are stretched thin to combat the pandemic- and also, unfortunately, as they become infected with the coronavirus themselves and must quarantine at home.

At the onset of the pandemic, Moreland was uncertain how his staffing franchise business would fare, particularly after a wave of mid-March cancellations for service. “I was so scared when it all started happening in the first week of March,” he reveals. “By the second Monday in March, one of our biggest billings called and canceled all staff.”

Just when things seemed their darkest, however, Tom began to see a surge in new business that hasn’t slowed down since. “We took three calls from new buildings that needed staff and it snowballed from there,” he says, adding that the majority of his new clients are nursing home facilities who had not had a previous need for a healthcare staffing company. “Homes that never thought about using an agency now do,” he says. “We work with 60 homes in Iowa, staffing positions like nurses, LPNs, or CNAs. It’s all we do right now- it keeps us so busy, we haven’t gone outside that.”

The pivot to nursing home staffing has also opened up opportunities for staffing employees with little to no previous experience in healthcare, Moreland shares. He is now able to find placements for people who have been laid off from jobs in other industries by staffing them in non-certified companion-type roles in memory care or assisted living facilities. The ability to help people find work that helps them make ends meet while also providing a beneficial, necessary service for the residents of these homes, Moreland says, not only creates new opportunities for his NEXTAFF business but also reminds him what he loves most about healthcare staffing in the first place- helping people.

As Tom looks ahead to the future of his three NEXTAFF locations, he sees no shortage of a continuing need for quality healthcare staffing. “We’re placing 200 people per week and still only getting to 50% of the needs,” he says, emphasizing the need for flexibility in billing and payment to stay competitive and provide value for clients. “We have to do some ‘hero pay’ and offer more money per hour,” he explains. He largely credits the extensive amount of back-office support he receives as a NEXTAFF Franchise Owner with his ability to keep up with the demand while remaining nimble enough to adjust billing and payment as needed.

After two years as a NEXTAFF Franchise Owner, with three successful locations and record-breaking first-year sales, Tom Moreland has some advice for prospective new Franchise Owners.

“It’s so important,” says Moreland, who did extensive research before deciding to franchise with NEXTAFF.

Talk to other Franchise Owners

“What’s great about Franchise Owners is that they tell it like it is,” Moreland says. “They show that it’s possible.”

Ask as many questions as possible

“I had a million, and I just kept asking.”

Use as many resources as you can

“Find out what resources are available for building your business. You might know all the back-office support that is there, but you might not know that they give you a ton of sales help at the beginning. There’s a person there who is devoted to setting up appointments for the first couple of months, doing research, getting leads, and more, all for the Franchise Owner. In the beginning, that’s the most important thing.”

After two wildly successful years in business despite a pandemic, we can’t wait to see what heights Tom can take his three NEXTAFF staffing franchise locations to next!

Does Tom’s entrepreneurial spirit and drive for success remind you of yourself? Owning a staffing franchise like NEXTAFF allows experienced business professionals to apply knowledge and skills they have been using for years to a career where they can be the boss and make a positive difference in their local workforce. Visit our franchise website for more details on how to qualify for our Education Process.

Your path to a secure future.

Take the first step. Find out more about one of the fastest growing companies in the $160 billion staffing industry. Our detailed Franchise Information Report teaches about our business model, financials, and more.

Complete the form below for your free copy.